We have all this dream. To be a commentator. To get paid for watching football. To be allowed to go bananas when that magic long shot hits the back of the net. 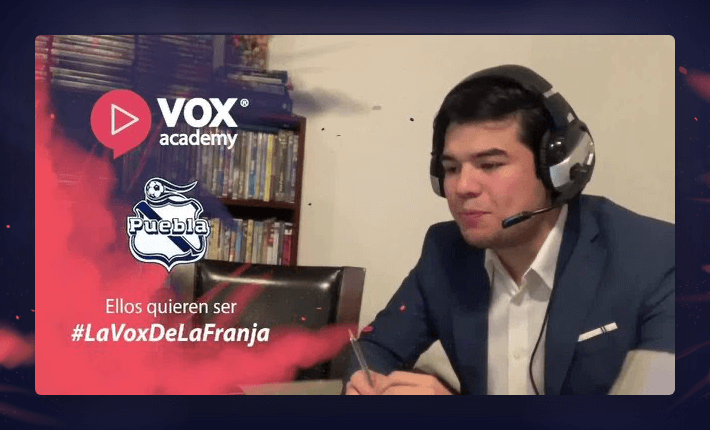 Crowdmanager client and Mexican Primera División club Club Puebla found a way to combine this dream and invigorate the fans base. Their campaign is as simple as it is engaging: Let the fans record their commentary and see who’s the best.

Cast your votes, ladies and gentlemen!

Videos of the commentaries were submitted to YouTube and five videos were shortlisted. Through Crowdmanager’s digital framework, the voting could begin.

Even if you don’t speak Spanish, you can feel the passion that goes into the commentary. There is no holding back. No need to balance or be impartial. Just go with the game.

But also - video competitions like these let the fans show their insight into the game and how well they know the team and the players. It proves the deep engagement they have with your brand.

Club Puebla has a large digital following and soon, the voting numbers were up. After just two days, 1600 people had voted. So far - the numbers are up to 2.300 and counting. At the time of writing this, Pablo Resendiz (picture above) is in the lead.

What is the business value of engaging the fans like this? Well, outside of the engagement itself, the fans submit their information. That does wonders for Club Puebla’s CRM base, and allows them to leverage this information in later marketing activities.

There is a real interest and a real following around our team that we try to tap in to with modern methods. Especially young people are used to recording and watching YouTube videos, so it’s a fresh format with a low threshold. We decided to go for competition and gamification, so Crowdmanager’s voting solution was an obvious tool for us.

We try to engage the fans with activities that get some passion going. What Club Puebla is doing is very interesting. Not only do they activate the amateur commentators, but through the voting system, thousands of fans can also join in the fun.