Pride makes football proud and even brings out the bucks

Sometimes when Pride meets football it’s not a pretty sight. We all saw the controversy when the mayor of Munich wanted to light up the Allianz Arena with rainbow colours. UEFA said no. The decision was labeled “shameful” by the mayor and many others who supported him.

But sometimes (often, actually) there is reason to be happy when Pride meets football. Norwegian top flight team Vålerenga has been playing with rainbow colours all the month of June to celebrate Pride month.

This is, of course, a celebration of diversity and equality, but there’s another side to it. Vålerenga just auctioned off the shirts and made a hefty sum to be donated to Oslo Pride.

Crowdmanager handled the auction with our easy to set up software, and the sum total of bids stopped at 7 000 Euros. This money goes straight to the Oslo Pride festival.

The club says the numbers are “incredible” as just one of the shirts achieved the price of 500 Euros.

We are delighted to see that our auction module can be used for charity purposes as well as income for the clubs. I am convinced this kind of auction gives the club more goodwill and a stronger reputation than they could ever buy for 7 000 Euros.

Want to try? Talk to us about auctions and fan engagement 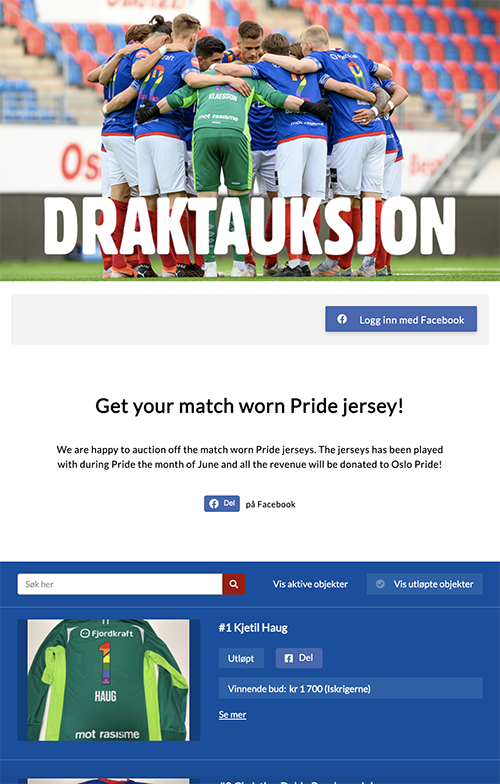